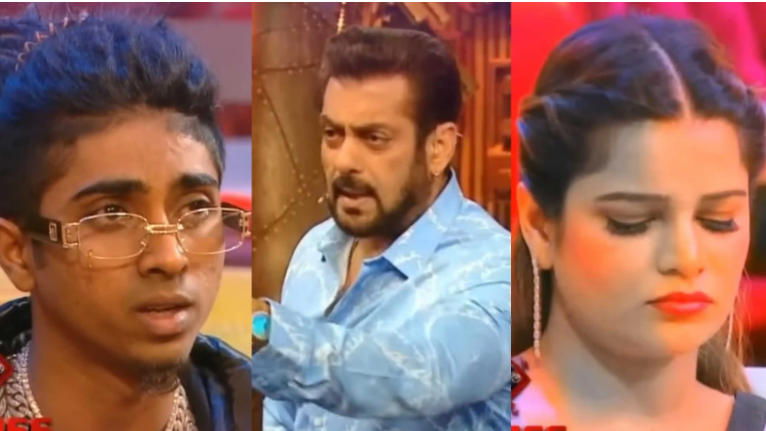 MUMBAI : The ‘Shukarvaar Ka Vaar’ episode is one of the most awaited episodes of the show.

This is the time when Salman Khan will come on the show and will give an insight into how the contestants have performed, and how the week has gone.

Some of the housemates will get praised, while some of them will be bashed for their behaviour.

This week, we saw a bad fight take place between Archana and MC Stan, as the two abused each other, and the rapper had even abused her mother. This didn’t go down well with the audience and the housemates.

We saw that when MC called Archana’s mom ‘Bigg Boss keep’, that’s when things went out of hand. We also saw how MC wanted to leave the show after hitting Archana hard.

During the ‘Shukarvaar Ka Vaar’ episode, Salman Khan will speak about the incident and will reprimand MC Stan for his behaviour. He will also tell Archana that both of them have crossed their limits.

He asks Stan if what he did was right or wrong, to which Stan accepts that the things he said were wrong, and that he is apologetic about it.

Salman Khan makes it very clear to Archana and MC Stan that if they want to leave the show, they are most welcome to do so, and that Bigg Boss is opening the doors for them.

But both of them decide to better themselves and stay in the game as they realise that they have done something wrong.

Well, it will be interesting to see how MC and Archana will change, and if they will mend things in the upcoming episode.