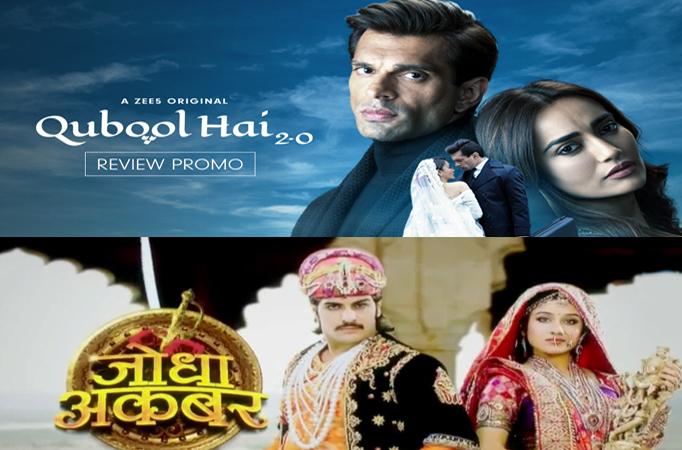 MUMBAI : Indian television is flooded with a lot of shows, some successful, some not so successful and some just has its own audience that refuses to move on as the show becomes very connected at one point.

There are a variety of shows, depending on the wide variety of the target audience. The story writers have definitely got a good grip. There are shows that attract the youth, then some that attract on the basis of life choices and emotional drama. However, there are not so many serials based on muslim themes, showing the culture so well.

However, there were also some serials that presented the muslim culture very well and also became a favourite for the audience.

This name will never be missed in such a list as it became a popular choice for a lot of viewers regardless of their age and religion. It really normalized religion rather than focusing on the sensitive matters but at the same time also won everyone’s heart with their beautiful way of presenting the culture. The show starred Surbhi Jyoti and Karan Singh Grover as leads Zoya and Asad respectively.2.       Jodha Akbar

After the movie Jodha Akbar, their love story has become an inspirational topic of conversation as it really showed that religious differences can be respected and love can still make its way peacefully. The Zee TV serial left no stone unturned and really showed the love story as beautiful as it was. And who better to play the leads than Rajat Tokas as Akbar and Paridhi Sharma as Jodha? The show did really well and won a lot of hearts, showing the other side of the culture and history.

The show starred Tunisha Sharma, Eisha Sharma and Adnan Khan. The actors really played their characters well, justifying their roles. The storyline really attracted a lot of viewers and it soon became a fan favourite. Later, seeing how popular the show has become, the makers launched a spin-off, ‘ Ishq Aaj Kal’ which featured Angad Hasija, Ankitta Sharma and Paras Kalnawat.

Beintehaa premiered on 30th December 2013 on Colors TV. The series starred Preetika Rao and Harshad Arora as Aaliya and Zain respectively. The show attracted the viewers right from the beginning and maintained a good viewership for a long time. Later, the show also went through time leaps. However, the show is still remembered.

Rab Se Hai Dua, produced by Prateek Sharma is about a Haider and Dua, who play husband and wife. But Haider later meets Ghazal and marries her as well, who becomes his second wife. The show premiered recently and is winning the hearts of viewers with its intense storyline and captivating performances. Karanvir Sharma, Aditi Sharma, and Richa Rathore play the lead in the show.

Which show are you still a fan of?