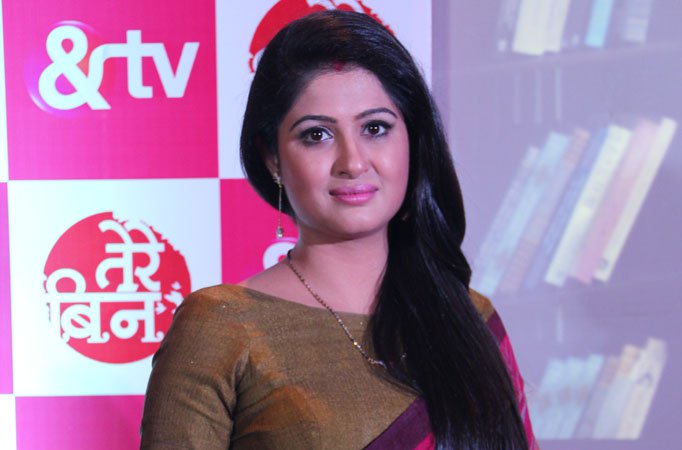 MUMBAI:  Shefali Sharma has made her mark with her performance as Amrita Kothari in the show Sanjog that went off-air recently. She has previously worked in Hindi television and Punjabi films.

Shefali made her acting debut in 2013 and is best known for her portrayal of Bani Bhullar in Bani – Ishq Da Kalma. She has also played Dr. Ria Maheshwari in Tum Aise Hi Rehna.

Tvnews got in touch with the actress where she revealed about her childhood memories and more.

What’s a silly or bizarre rumour you’ve heard about yourelf?

The rumour that I’m a mother and have a 7-8 year old child but they don’t know that I’m still a child.

What’s the funniest thing you have done on ‘script ki demand’?

My looks. They said once that it is not going according to my look so I have to change it.

What’s that one thing you do for which your parents always scold you?

Everything, I mean what should even I tell you. Sometimes they’ll scold for oversleeping.

Who was your secret crush from TV industry?

My crush was Hussain from Kumkum.

What was the hairstyle that was forced upon you during your childhood?

Two pony tails with a lot of oil in the hair. Every Sunday my mother used to wash my hair and in the evening she would tie pony tails. This happened till I was in 8th grade.

What’s the funniest memory from your college days?

The best memories are from my college trip. No matter how old I grow, I’ll still remember those times.

What’s a mischief you did on your previous shows?

While shooting, we have done something very crazy in Sony TV’s show, Tum Aise Hi Rehna. Basically, Kinshuk Mahajan and I used to have fun fights on the set. I hid something personal of his so he took my clothes and bag and went home with it. After the shoot, I had no clothes to change and go home with. Now, he’s very sober and sincere but Kinshuk Mahajan 3 years before was another level.

How did you feel the first when you saw yourself on a hoarding?

I was in school when I saw myself on hoardings. It was Miss PTC Punjabi. There was a poster of mine in Amritsar as I was a contestant. I was happy and I saw my father feeling proud because of it. That is the best thing I can ever see on my father’s face.

What’s a childhood memory that always made you emotional?

Times spent with my siblings and my parents.

Share some mischief from the time when you were not an actor?

I was a quiet kid. It’s a joint family and we are 10 kids in the house. I’m known as the most innocent cow.

Once I was sleeping and as I mentioned earlier, my mother used to put oil in my hair. So, suddenly I woke up and saw my sister running from my room. I didn’t know why she was running. But, later while getting up, I went to tie my hair and noticed that my hair was burnt with a matchstick. I asked her why she did it and she replied saying that she was bored and had nothing to do.

Guess who Shahana aka Aparna Mishra from Kumkum Bhagya is showering kisses on?

Jhalak Dikhhla Jaa 10 Semi-Finale: Gashmeer Mahajani gives a splendid performance during the semi-finale; Kajol calls him the “Bajirao Singham of the show”

Exclusive! Hitesh Bharadwaj goes down the memory lane; shares his experience of auditions and shooting